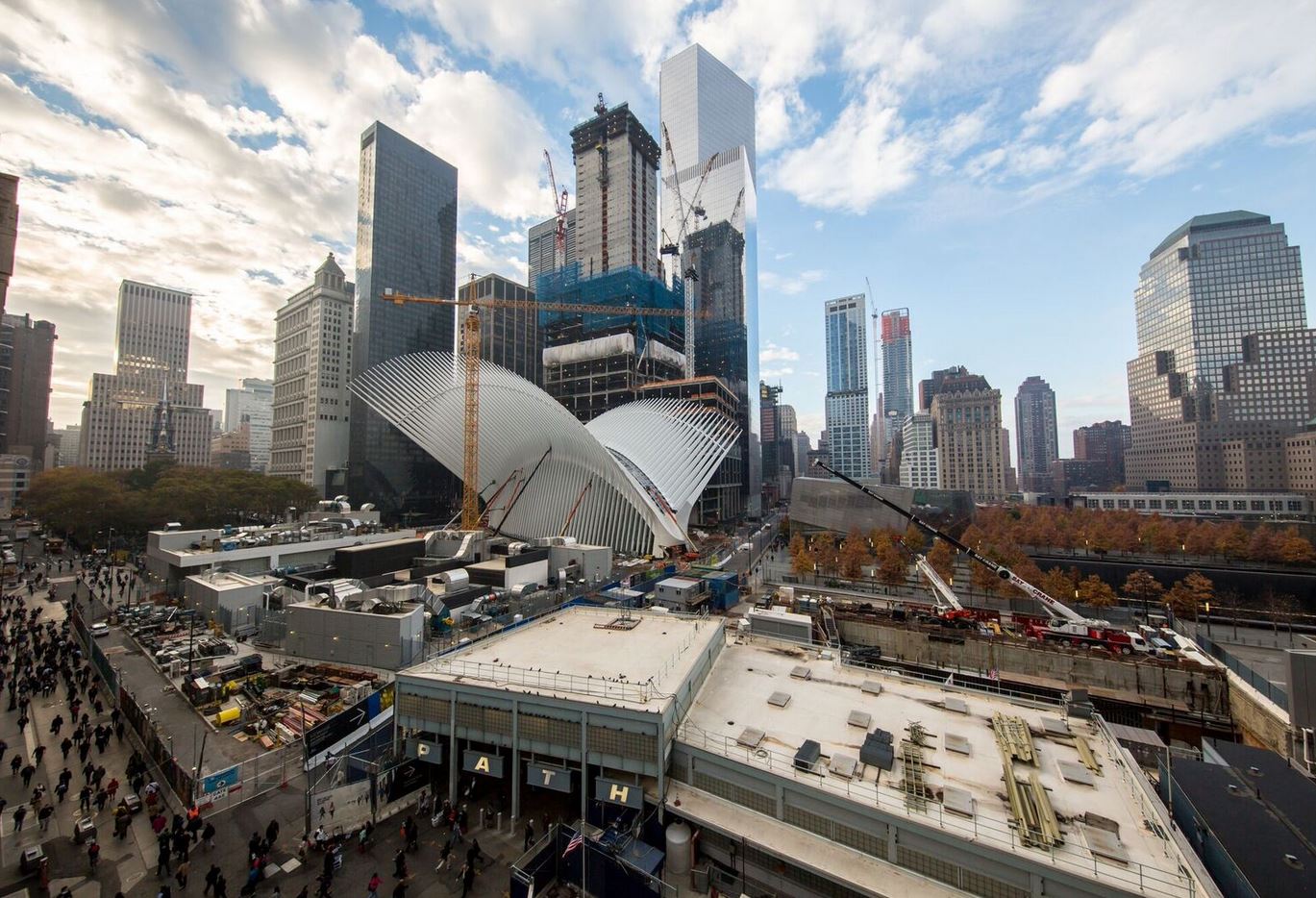 The Grand Central of lower Manhattan is almost ready for its grand opening.

Construction crews were hard at work on Friday getting the World Trade Center Transportation Hub ready for the thousands of PATH commuters who will flow through the facility that connects to 11 subway lines.

Once it opens in early March, the nearly $4 billion transit hub will be more than a facility for harried commuters, according to the project’s designer and manager.

It is a grandiose complex befitting a neighborhood that rebounded from the dark days after 9/11, a day when the heart of New York was “ripped out,” Steve Plate, the Port Authority’s capital projects chief, said during a tour of the space.

“We’ve designed something that we feel will make a mark in the history books and truly be a legacy project,” Plate said.

The centerpiece of the hub is the Oculus, a cavernous hall that features white steel ribs reaching to the structure’s apex to form a skylight called the Wedge of Light.

The skylight can open 22 feet, perhaps on a nice spring day or in observance of 9/11, according to Plate.

“It’s really a very special feature that we think is something that really will enhance the beauty of this,” he said.

Outside of the hub, steel arches jut from the center of the Oculus in a design that project architect, Santiago Calatrava, likened to a bird being released from a child’s hands.

The Spanish architect and engineer said he hopes the design — a “message of love to the city” — inspires optimism and exemplifies the tenacity to rebuild after the devastating terror attacks.

“We have put here all of our heart, each one of us, in the hope that people will read the message,” Calatrava said.

The Oculus, which at 350 feet long is roughly the size of a soccer field, will have 75,000 square feet of retail space.

It was designed to be an inviting, well-lit and airy place for commuters and tourists alike to spend their time.

After the hub opens, connections to the nearby Fulton Center, Church St. and Vesey St. will open later in the spring.

The WTC Transportation Hub will see 250,000 people move through the facility a day.

“We are delivering a facility for everybody,” Calatrava said. “Every citizen can enjoy, every visitor can enjoy, wherever you come from in the world.”

Despite the lofty rhetoric about the project’s significance, it has been beset with delays and a blown budget, costing $2 billion more than anticipated.

The use of white Italian marble throughout the transportation hub has been highlighted as particularly wasteful for a station that sees less traffic than other subway stations.

But Plate defended the design, saying that they got “good quality at a very good price.”

“It had to be something that was architecturally special,” Plate said. “So we did choose (the marble) because of its quality and what it provides. But also, it’s very durable.”

Despite the ballooned budget, Plate said the redevelopment of the entire 16-acre World Trade Center site is still within its $14.8 billion to $15.8 billion estimate.

“The history books will decide and look back in time and I truly am confident,” he said, “that the words will come out, they did it right.”