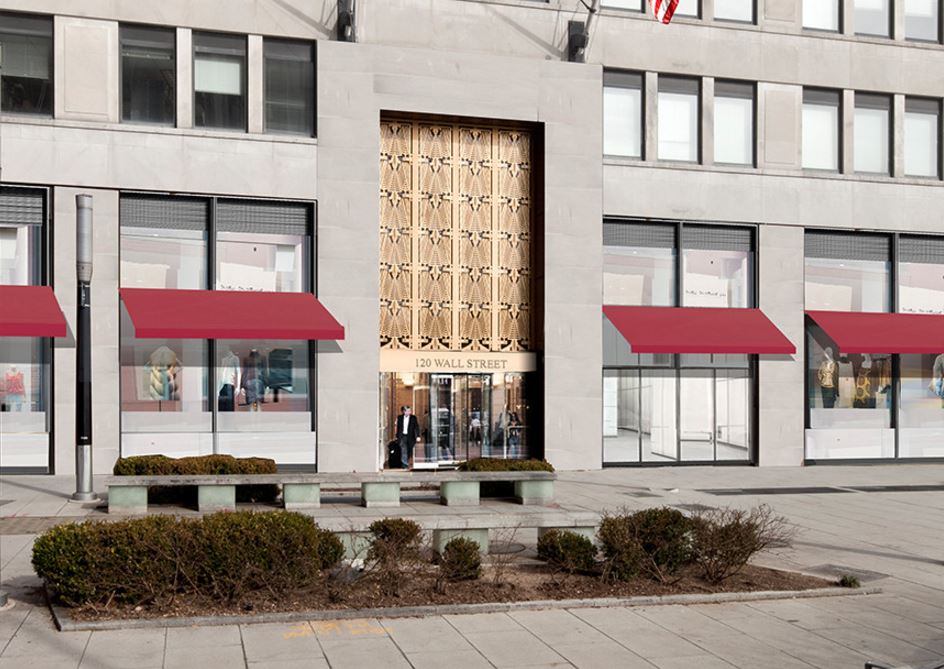 In the latest affirmation of downtown’s allure to creative and media firms, red-hot global strategic agency Droga5 is more than doubling its space at Silverstein Properties’ 120 Wall St., expanding by 110,000 square feet.

Droga5, founded in 2006, is one of the nation’s most celebrated media shops. Advertising Age named it “Agency of the Year” for 2016.

Its clients have included Under Armour, Coca-Cola, Google, Motorola, Prudential, Spotify and Toyota. Most recently it created several commercials for Hillary Clinton.

Droga5 first moved to 120 Wall St. from NoHo, where it had only 23,000 square feet, in 2013, when it earned state and city funds under the World Trade Center Job Creation & Retention program to promote creation of 154 new jobs by the end of 2017. Gov. Andrew Cuomo and former Mayor Mike Bloomberg hailed the 2013 move as “another vote of confidence” in downtown.

Terms were not disclosed, but asking rents at 120 Wall were in the mid-$50s per square foot.

Droga5’s growth “is part of a seismic shift that has taken place in Lower Manhattan over the past decade,” said Larry Silverstein.

“What’s critical is that they are absolutely representative of TAMI-type tenants coming to Lower Manhattan,” Silverstein told us.

“Not only for work by day, but many of their employees live in close proximity, and many live in Brooklyn right over the river,” he said.

In fact, according to the Downtown Alliance, out of 624 firms that have moved to Lower Manhattan since 2005, some 361 are in TAMI (technology, advertising, media and information services) and professional services fields — accounting for 57 percent of 15.8 million newly leased square feet over the past 10 years.

Silverstein has a long history with 120 Wall St. He bought it in 1980. In 1991, he set aside part of it as a tax-free headquarters for nonprofits — today including the National Urban League and amfAR.

Foresight to relocate below-grade mechanical facilities to a mezzanine level helped protect it from the ravages of Hurrican Sandy. Unlike its neighbors, 120 Wall was able to reopen within a week of the storm.

When the MTA’s Fulton Transit Center opened in late 2014, its multilevel, glass-domed atrium, full of escalators running this way and that plus a bulky elevator shaft, looked as lifeless as it was confusing.

But that’s changing. Westfield, which holds the master lease on the subway station’s commercial space, has landed tenants for most of its 42,000 square feet of retail on three levels.

Also on the way is ever-expanding communal workspace provider WeWork, which is taking the Center’s roughly 20,000 square feet of office space.

We asked Westfield such sensitive questions as how much space is left at Fulton and what the asking rents are. But Westfield, whose way with disclosure has been likened to that of North Korea, declined to comment.

ReViVer, a popular, health-themed fast-casual restaurant at 934 Eighth Ave., will launch a second outpost at 303 Park Ave. So. ReViVer calls its menu a “perfect union of culinary art and nutrition science.”

The new lease is for 2,400 square feet. EVO Real Estate’s Rob Frischman and Brett Weiss repped the tenant; Edward Friedman of his namesake company repped the landlord. The asking rent was $300 a square foot.