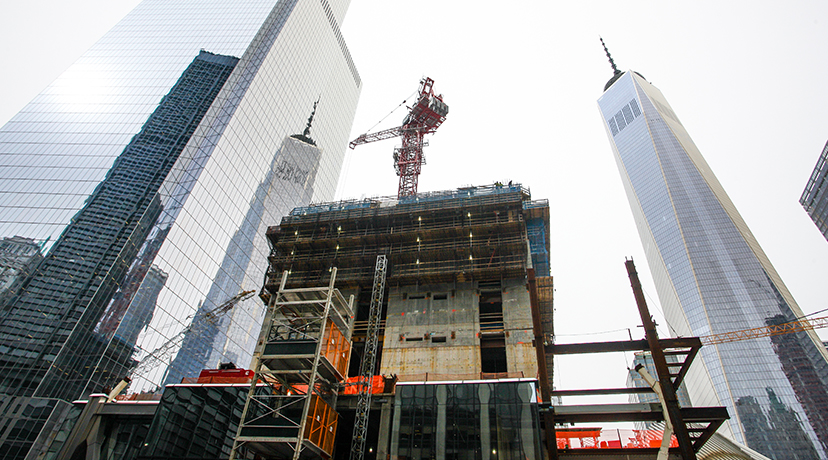 While the opening of One World Observatory and a planned move by 21st Century Fox and News Corp. to the World Trade Center have grabbed headlines recently, another tower has been quietly rising on the site – a construction project that builders say is currently the city’s biggest. Our Bobby Cuza got a close-up look.

It has been perhaps overshadowed at the World Trade Center site, but quietly the building known as 3 World Trade Center is climbing the skyline. It’s a project that currently employs more than 600 construction workers and rivals any other currently underway in the city, according to officials at Tishman Construction, an AECOM Company.

“Right now, this is the biggest construction project in New York City – the most workers, the size of the building,” says Tishman Construction Project Executive Thomas Leo.

When it’s complete, 3 World Trade will stand 84 stories and nearly 1,100 feet tall, which would currently make it the city’s fifth-tallest building. At one time, construction had stalled here, but after GroupM signed on as anchor tenant and developer Larry Silverstein secured financing, construction kicked into gear, with the building now adding about one story per week, quickly gaining ground on its neighbor to the south, 4 World Trade Center.

“The nature of the job, the way it’s been planned out, it’s going to fly up now that we’re starting to get more into a rhythm and more into a production phase of the job,” says Tishman Construction Project Director Ted Carpinelli.

Aiding in construction is 3D imaging software that allows managers to see how plumbing, electrical and other systems fit together. It’s a virtual rendering that mirrors the construction space.

“What these guys are doing is they’re putting so much detail into these models, to the point where they’re showing the valves, they’re showing the correct sizes and the duct work with the flanges,” explains Tishman Construction Coordination Manager Michael Lorenzo.

The concrete core of the building is going up first – right now, it’s already up to about 34 stories. The 17th floor will include a terrace for tenants of the building, with spectacular views of the Hudson River and the 9/11 Memorial to the west, One World Trade Center to the northwest, and the World Trade Center transit hub immediately to the north.

The building will also feature five floors of retail space, and a triple-height lobby once work is complete in early 2018.