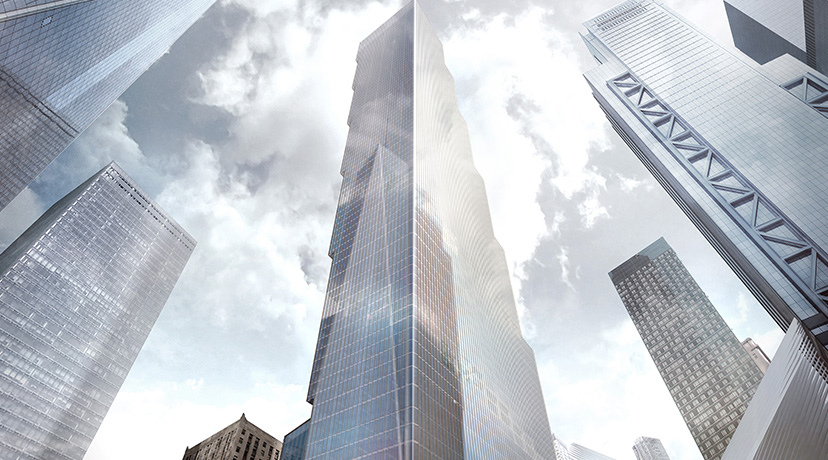 A new design reflects changes in the world of media, and not just Murdoch’s media.

The news that Rupert Murdoch’s media companies, 21st Century Fox and News Corp., have agreed to move to the World Trade Center downtown if Norman Foster’s design for the tower they would occupy, 2 World Trade Center, were abandoned in favor of a very different one by the Danish architect Bjarke Ingels seems, at first, like a case of a distinguished older architect being pushed aside by a young upstart. Foster, after all, just marked his 80th birthday. Ingels turned 40 last October.

But this change signifies more than Oedipal rumblings in the architectural world. It may say even more about the world of media, and not just Murdoch’s media. The announcement wasn’t made in a newspaper, or in the architectural press, or in some real estate journal. It was announced via an online posting in Wired, the technology magazine, that included a slickly produced video in which the telegenic Ingels, the founder of the firm BIG, presented his design for the building while walking around Tribeca and Ground Zero as a virtual image of his new tower rose behind him, populated by a racially diverse group of smiling workers, all to the music of Tchaikovsky.

Once, Norman Foster’s firm was able to knock competitors out of the picture with its famously dazzling models and well-crafted, hardcover presentation books. Now, new media, captained by an architect who can be found on Instagram and Twitter as much as anywhere, appears to have squeezed Foster out. As anyone who plays computer games knows, you can now create moving images that look as real as any photographs. Who could fail to be seduced by a tour through a magical glass tower that features women lounging amid lavishly planted roof decks, happy workers playing in a basketball court in the sky, and a window cleaner who smiles and bows before a roomful of delighted occupants of the tower? This building is presented less as a design than as the star of a short little movie, populated by cheerful supporting characters: it hasn’t yet been built, but it already has a narrative. Here is where the employees of Fox News and Dow Jones, the Murdoch divisions that will be the primary occupants of the tower, will live happily ever after as they move media into the new age.

The Murdoch enterprises are certainly going to the right place. Condé Nast (which owns Vanity Fair) has been in 1 World Trade Center since last fall, and Time Inc. is moving to Brookfield Place, just across West Street, later this year. As financial firms have migrated uptown, media companies have been seduced by the lower costs of relocating downtown, and the two industries have, for all intents and purposes, changed places. The World Trade Center area has become as unlikely a media power center as Times Square was a generation ago. That change, ostensibly, is the reason that Foster’s much-admired design was scrapped: his tower, far and away the finest of the four towers designed to replace the destroyed twin towers of the original World Trade Center, reportedly did not accommodate well to the layouts sought by Fox and News Corp., which need large broadcast studios and newsrooms. And James Murdoch, the chief operating officer of 21st Century Fox who oversaw the search for new space, was said not to have wanted to see the company housed in something that resembled a conventional tower.

The Foster building, which culminated in four slanted, diamond-shaped forms against the sky, would have been much better than conventional, and it had the best skyline profile of any of the new towers. The new design by BIG is flat-topped, and from some directions it may look more like a conventional glass skyscraper than some people would expect, especially given BIG’s propensity for unusually-shaped buildings, like the pyramidal apartment house going up at the far west end of 57th Street. But Bjarke Ingels would no more design a truly conventional tower than he would do a Georgian house, and when you get beyond the pretentious hype of the video presentation (in which the architect says things like “where horizontal meets vertical, diversity becomes unity”), it turns out to be one of the more provocative and notable towers of the last generation, largely because Ingels has managed to take the space requirements of Fox and News Corp., and make real architecture out of them.

That is no small thing. Most skyscrapers these days are shapes first, and usable office or residential space second. Ingels started out not with some notion of an iconic shape that would stick in our minds, but by translating the company’s space needs into a series of boxes of different floor sizes. The boxes get smaller as the building rises, but also wider, and Ingels stacked them so that on the north side each box projects out a little farther than the one below, while on the east side the boxes step back in the manner of a classic 1920s office building, with large roof terraces on each setback. The in-and-out stuff is restricted to these two sides. The south and west sides, which face the National September 11 Memorial and Museum, rise straight up, addressing the memorial with more dignity and quiet, and helping to enclose the space around it.

The building overall is a lively composition, but quieter than you would expect from Ingels (who, with English architect Thomas Heatherwick, is designing Google’s new headquarters) and more responsive to what is around it. There are some handsome details, like the way the mullions on the glass are slanted to create a horizontal effect on the north and east and a vertical effect on the south and west. But the main achievement is in the clever way all these boxes are stacked. It’s a bit like a gargantuan version of the New Museum on the Bowery, but with more finesse. It may even be elegant. And what a radical idea: to produce an architecturally ambitious skyscraper whose shape actually expresses the needs of the building’s tenant.