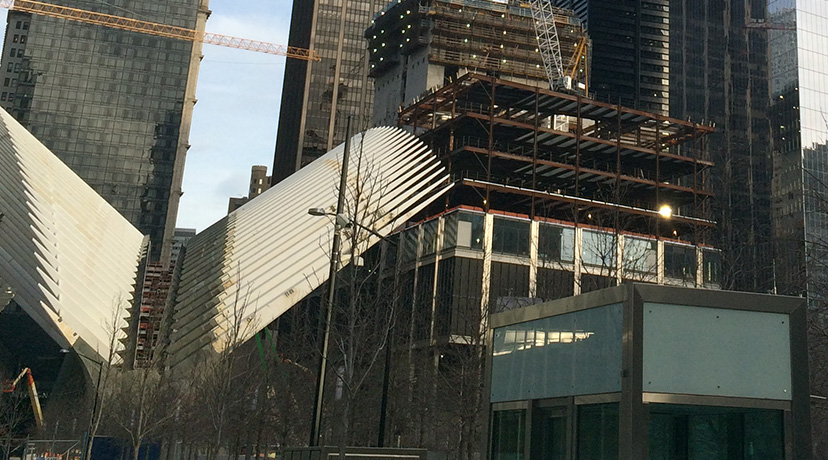 The new World Trade Center, preparing for its huge opening, will anchor a lower Manhattan that’s booming and has plenty of room for visitors.

The Alliance for Downtown New York’s quarterly report found the area south of City Hall made huge gains with hundreds of new businesses, shops and residents moving into the area and providing a huge economic boon.

The tourism sector is particularly strong, having seen 12.4 million visitors in 2014, a 30% jump from the year before according to Jessica Lappin, the BID’s president.

“The beauty of having someone stay downtown is they have more opportunity to explore and get a local experience. That’s what tourists are craving,” she said.

Catherine McVay Hughes, the chair of Community Board 1, which covers lower Manhattan, pointed to an increased diversity in the business climate, as the area has continued its shift away from being exclusively focused on the financial industry.

Restaurants and bars now cater to crowds later at night and offer all sorts of menus.
“Everybody comes down for a different reason and what’s nice is that there is something for everybody,” she said.

That surge in visitors has helped to energize the local hotel industry. There are 5,100 rooms in 22 hotels throughout the neighborhood, a 25% jump from 2014, according to the report.

Vacancies in lower Manhattan outpace the rest of the borough because of a plethora of new openings, Lappin said.

Seven more hotels are slated to open this year, including Four Points by Sheraton at 6 Platt St., AKA Wall Street at 84 William St. and the Courtyard by Marriott at 133 Greenwich St., which will add 1,300 new rooms.

“That reflects, as demand, we want more people to be here. What’s nice about the development pipeline is that it’s diversified,” Lappin said.

She added that those new rooms come at an ideal time because the city expects 3 million people to check out the World Trade Center’s observatory annually. The attraction, opening at the end of the month, will help spread the word that downtown Manhattan is not just back in business but thriving, according to Lappin.

“It’s not every day you add an attraction like that,” she said. “You combine that with things people wanted to see forever, you have the old and the new, which is a great symbolism for this neighborhood.