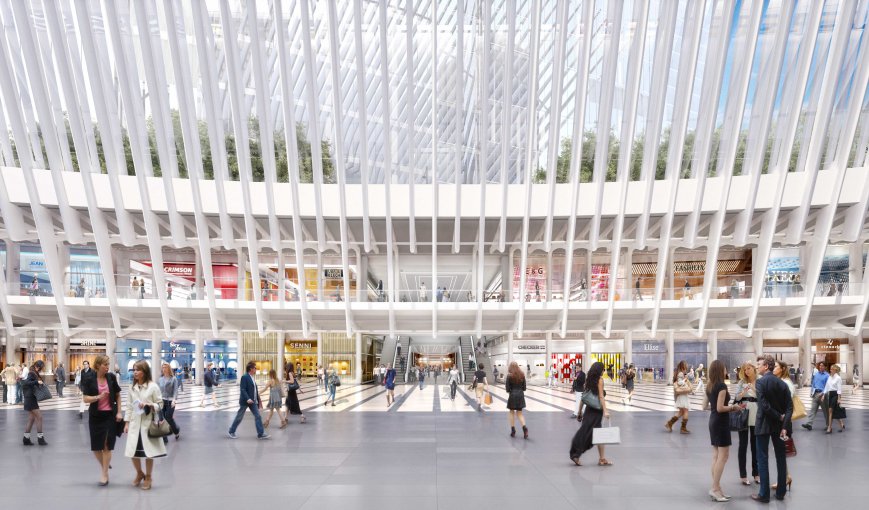 Last October, Racked released a list of 98 of the 125 retailers and restaurants opening in the 365,000-square-foot Westfield World Trade Center. That story was published on the heels of a Women’s Wear Daily report that the property was completely leased.

Commercial Observer has since learned of a number of additional retailers coming to the site, which spans below grade of four towers at the World Trade Center (although there is some above-grade space in 3 World Trade Center and 4 World Trade Center) and has as its centerpiece the Santiago Calatrava-designed PATH station called the Oculus.

British steakhouse and cocktail bar Hawksmoor is expected to open at Westfield World Trade Center, according to recent floor plan of the property released by the property manager Australian shopping center giant Westfield and obtained by CO. As is Breads Bakery, with its handmade breads and baked goods (there is a Breads Bakery on East 16th Street), Choza Taqueria, Joe & the Juice cafe, Grom gelato shop, Australia-based Little Hunter restaurant and three Starbucks stores.

The leases average 2,200 square feet, Racked indicated. The mall is expected to open in August, a Westfield spokeswoman said. She declined to disclose any information about the rents, although one source said asking rents are around $500 per square foot.