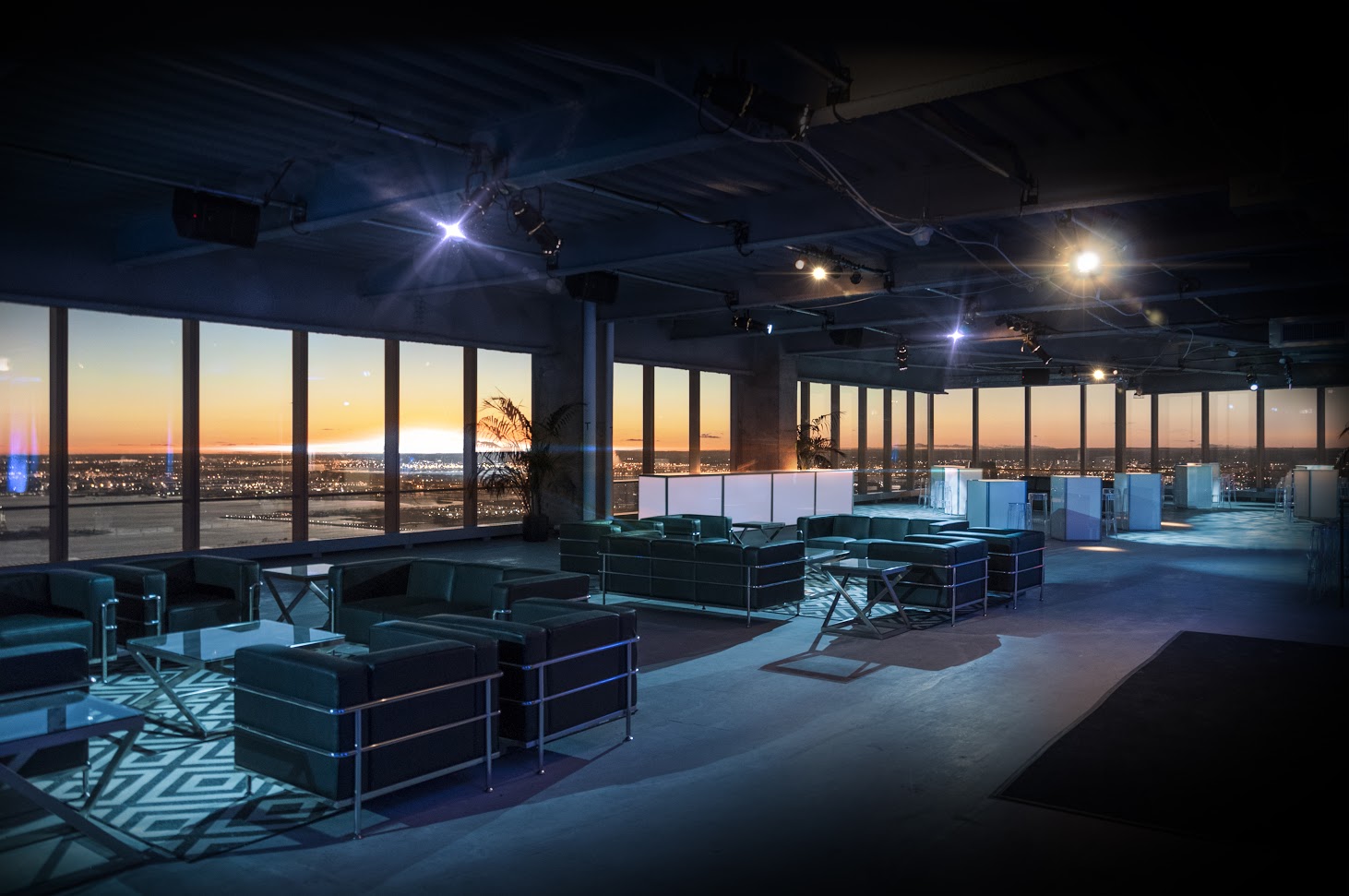 What’s one to do when your glassy, 72-story skyscraper in Lower Manhattan isn’t fully leased?

You throw a party, of course—or, at least you host events in the vacant spaces.

For 4 World Trade Center, which is about 70 percent leased, landlord Silverstein Properties partnered with Riviera Caterers for an event space 860 feet in the sky on the building’s 68th floor, featuring otherworldly views of Gotham.

“The idea is you don’t lease an entire skyscraper in one day,” Gina Riley, Silverstein’s marketing and events manager, told Commercial Observer during a tour of the venue. “So until the vacant floors are filled we’ve always liked to use them for film and photo shoots and events.”

Riviera, a three-year-old firm with 26 full-time employees (and about 250 part-time event staffers), throws about 400 events each year—some for high-profile clients, such as Nike, PepsiCo and Google.

The firm designed the 34,000-square-foot, column-free floor with moveable bar counters and tables, which can effortlessly change colors and styles, making the event space flexible.

With 24 speakers around the entire floor, it won’t be a problem to hear music and speeches. But to make the audio crisp, Riviera placed a thick, custom-built drape throughout the space that absorbs sound and cancels echoes. The fabric also allows the separation of the floor into sections, such as a VIP lounge or kitchen, during events.

And speaking of the kitchen: Attendees will get a treat with Riviera’s artsy take on hors d’oeuvres. They don’t do “stuffy style seated dinner,” as Andrew Cavitolo, the chief executive officer of Riviera, put it. Instead, Riviera has contemporary food offerings, such as live chef tables and an innovative wall of pretzels.

The highlight of the space is, without question, the view and Riviera designed the lighting to brighten the floor but not clash with the lights from the New York skyline.

“Every ounce of the space is indirectly lit, and we did it in a way so that it doesn’t take away from the view,” Mr. Cavitolo said. “So when you are in the space you don’t see a crazy reflection on the windows. [The view] is your backdrop. We never wanted to take away from that.”

Riviera’s venue can currently hold 320 people, but Mr. Cavitolo hopes to expand that to nearly 400 with a new Certificate of Occupancy. The event space will be used for corporate events at $50,000 a day—giving potential future tenants a glimpse of the floor. (So our apologies to brides and grooms thinking about a marriage in the sky— unless your parents are very rich.)

To be politically correct, Silverstein has hosted networking events and art programs in empty floors of its World Trade Center buildings for the last decade, but Riviera’s World Trade Center venue is its first partnership with an event-organizing company. The benefit for Silverstein (other than having vacant office space being monetized) is that the furniture, equipment, lighting and electricity among other things are already set, and the landlord doesn’t have to repeat the setup and breakdown process.

Around November 2015, Riviera and Silverstein came up with the idea for the partnership and agreed almost immediately. Then 30 days later Riviera built it out. Riviera has already hosted some events in the space, including an annual Billie Jean King charity affair. The venue will be at the building until the floor is leased. After that it will move to 3 World Trade Center, which is set to top out this fall.

But Riviera plans to hold at least 50 events this year and double that mark in 2017, Mr. Cavitolo said.

“We want to get people into the space and share the views and have them just see the progress that has happened here over the last 15 years,” Ms. Riley said.