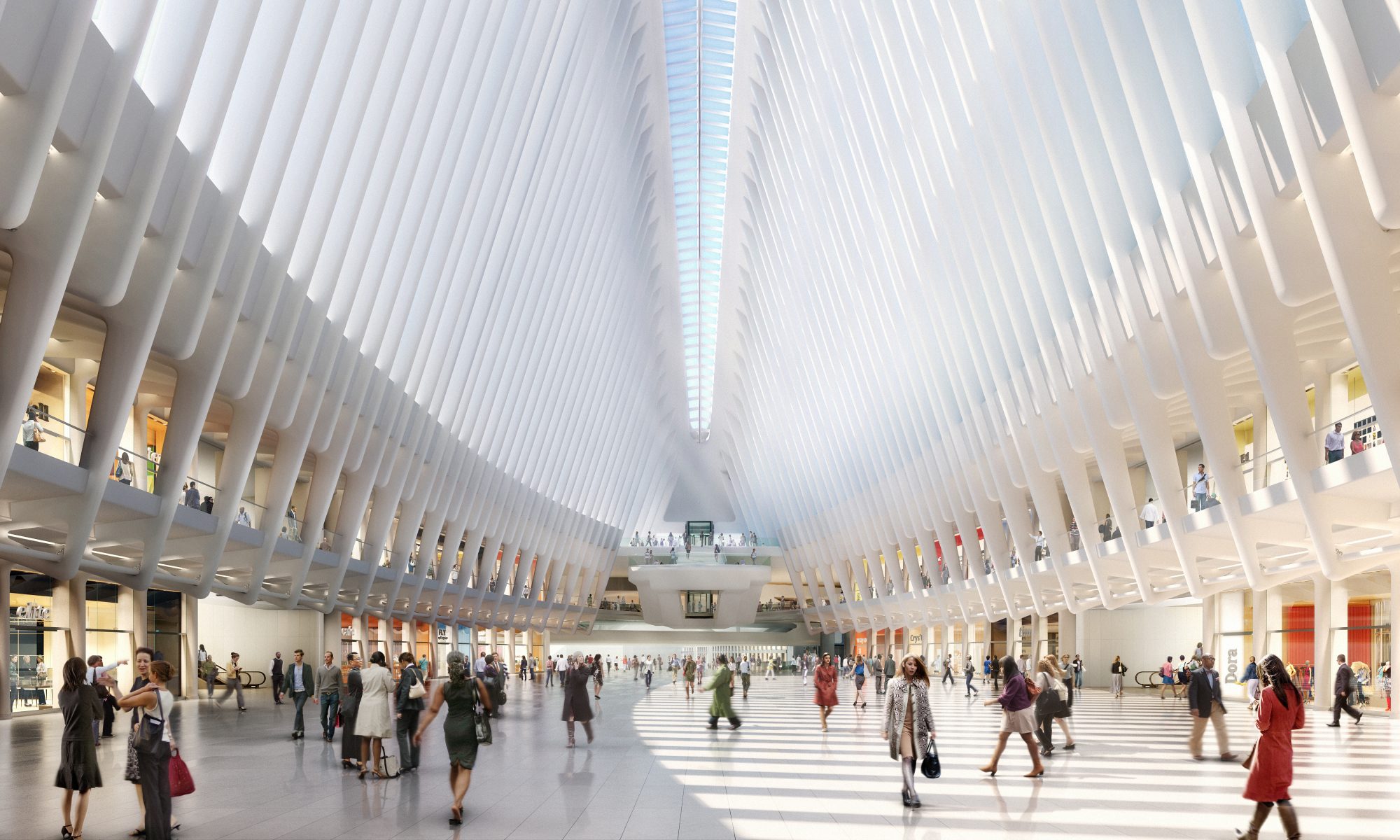 NEW YORK — The game is on between Westfield World Trade Center and Brookfield Place as the two retail centers battle for supremacy in downtown Manhattan’s burgeoning retail scene.

While Brookfield was the first to open, in March, the nearby Westfield World Trade Center is now fully leased, according to Westfield U.S., and the tenant roster puts the project into sharper focus.

It’s been two years since the West Concourse of the World Trade Center opened, linking the site with Brookfield Place and the New York Waterway Ferry Terminal via a pedestrian walkway. It was the first piece of the sprawling project to be unveiled.

The project’s 125 stores will all bow in the first half of next year – about the same time Saks Fifth Avenue opens its anchor store in Brookfield Place.

Westfield World Trade Center is expected to do $700 million to $1 billion in annual retail sales and $2,000 to $3,000 in sales per square foot, the company has said. Store sizes vary, from about 800 square feet to 8,000 square feet for two-story street-facing units. The average size is about 2,200 square feet.

H&M, which reportedly plans to open three stores at the project – for the signature brand, Cos and & Other Stories – is likely to house H&M in one of the two-story spaces since the brand favors larger footprints.

The World Trade Center roster isn’t as upscale as that of Brookfield Place, where Bottega Veneta, Hermès, Burberry, Paul Smith and Salvatore Ferragamo are located, and Gucci is expected to open.

“The retail mix is 100 percent reflective of what’s taking shape in lower Manhattan,” said a Westfield spokeswoman, noting that downtown’s residential population has swelled to 61,000 and the ranks of office workers continues to rise.

There will be a preponderance of beauty retailers in the World Trade Center. In addition to the aforementioned beauty brands, Caudalie, L’Occitane, Sephora, Kiehl’s and a John Barrett Salon will open.

Celia Wang, senior vice president of real estate at Sephora Americas, said, “In 1999, we opened a store in the World Trade Center, among one of the first stores we opened in North America, and we are glad to come back and be part of the lower Manhattan of the future. The neighborhood is becoming one of the busiest and most dynamic in the city with those who live, work and visit. We are going to take advantage of the opportunity by offering the best of the Sephora experience in terms of selection, service and technology to make it easy and convenient for those traveling to and through Westfield World Trade Center to play and discover.”

Eyewear will be represented by Edward Beiner and Designer Eyes, and watches in a range of prices will be available, from Swatch and Fossil at the lower end to Longines, Montblanc and Breitling at higher prices.

Bill Hecht, chief operating officer of Westfield U.S., said the World Trade Center’s goal is to cater to the “breadth and diversity of the downtown population with bridge to better tenants, including very strong fashion, a plethora of food and services.

“We couldn’t be happier,” Hecht added of the tenant lineup. “It’s about getting the proper shops in there.”

He said the World Trade Center’s customer base will be fairly evenly divided between men and women. Hugo Boss and Cole Haan will cater to both sexes, while John Varvatos and Turnbull & Asser will offer only men’s products.

Jewelry options will include London Jewelers, Links of London, Thomas Sabo, Folli Follie and Une De 50, a Spanish brand that is 100 percent handcrafted.

Hecht said food will play an important role. Eataly has signed on for 40,000 square feet of space, Daniel Boulud will open Épicerie Boulud, and there will be three coffee roasters – Joe, Nobletree and La Colombe. In addition, there’s a beer table, gourmet grocer and wine and spirits shop.

“This project is wrapped into a piece of architecture that’s beyond remarkable,” Hecht said, referring to the design by star architect Santiago Calatrava. Its centerpiece is the Oculus, which rises 150 feet at the highest point of the ceiling. It’s formed by a series of riblike structures that emanate from the roof, forming a shape with spikes.

The design was said to have put off some potential tenants, who worried that the ribs and spikes would obscure the windows.

DKNY held its spring runway show in the West Concourse. Westfield hopes other designers will utilize the property. Westfield reserved 30,000 square feet of space without columns in the Oculus for programming. Throughout the property, 13 media screens will be scattered, including several that are four stories high and 300 feet wide. “They’ll be used for branding purposes and art and culture programming,” the spokeswoman said.

A new suite of digital services that was two years in the making and is being tested at Westfield London will be launched at Westfield World Trade Center. Hecht said the technology will enable direct digital feeds from retailers and “wayfinding at a superior level”. There will be food ordering and delivery of products. We created an operating system with a proper backbone. If a customer wants to shop for a black dress, she can shop black dresses across all of our brands. We’ll be integrating retailer inventory into our app. We’re a conduit for retailers in digital and physical.”